The fantastic CAFOD young climate bloggers and Step into the Gap volunteer from Ss John Fisher and Thomas More Roman Catholic High School arranged to meet their local MP, Andrew Stephenson, to lobby him on climate issues. As a result, he raised climate change with the Prime Minister! Watch their video to find out what they asked.

We’re the Fisher More CAFOD young climate bloggers. We invited our local MP, Andrew Stephenson, to our school to discuss the issue of climate change. We had a great afternoon speaking to him and it was fantastic to hear all the things he’s been doing to help tackle climate change and engaging him with our work.

Asking our MP about climate change

We asked: “What will you do to make tackling climate change a priority to prevent it pushing people deeper into poverty.”

Andrew Stephenson replied: “I think it’s about continuing to work together.  All of us can make a difference to climate change. Whether it’s individually, like recycling, or individual choices, or in our schools. At a national level we do need to keep the consensus over working together to tackle climate change and supporting our international aid budget. I am a believer in international aid and supporting the world’s poorest. We need to lead by example locally, but nationally, work globally to sort out these issues.”

Fisher More student Elizabeth said: “I found it really interesting, because our local MP does a lot about climate change.”

It was a great day!

Send your message to all UK party leaders to ask them to tackle climate change.

Andrew Stephenson MP asked the Prime Minister: “Earlier this month, I met a group of talented young people at John Fisher and Thomas More Roman Catholic High School, who, through CAFOD, are helping to raise the profile of climate change pledges, which they presented to me. Will the Prime Minister say more about his discussions on energy policy and the prospects of our reaching a long-term agreement in Paris this December?”

David Cameron, Prime Minister, said: “…I think the prospects are good, because of the deal Britain helped to broker at the previous EU Council. It shows that the European Union will be making a very serious contribution to reducing carbon emissions. We obviously had to allow some countries, such as Poland, some flexibility, but the overall numbers for Europe are impressive. Now what we need to do with the movement by the Americans and the Chinese, is discuss the matter with all the countries which might, if we are not careful, put a spoke in the wheel of progress, so that, with others, we will help to ensure that the sort of mitigation that they will need in their countries goes ahead.” 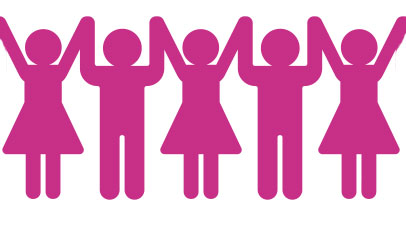 Climate change is an issue which goes beyond party politics. CAFOD is calling on politicians of all parties to commit to action on climate and energy, and holding them to account for their promises, in the lead-up to and after the general election. Send your message to all UK party leaders to ask them to tackle climate change.