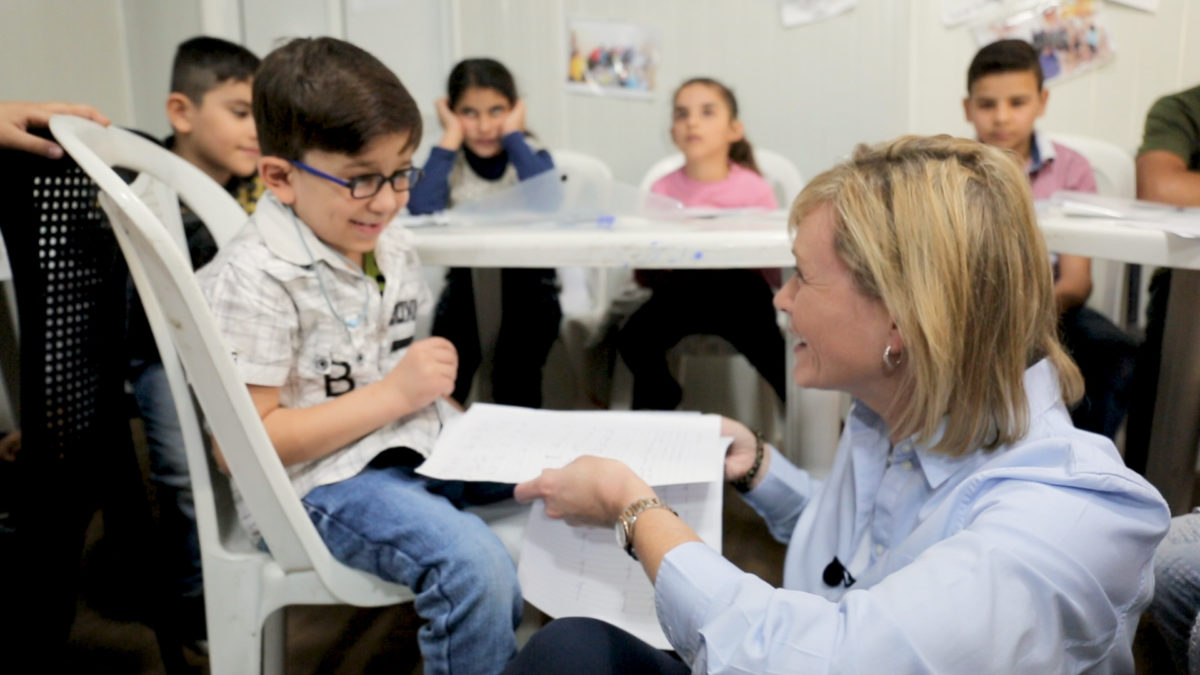 Julie meets Syrian refugee children having literacy classes in a community centre in southern Beirut. They include Yasser age 8 who has won an award for his Arabic. 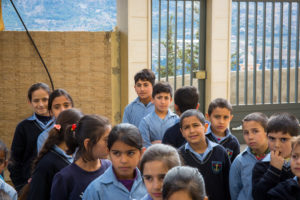 So I’m flying home early this morning after three eye-opening days in Lebanon – expertly guided by CAFOD and their partners on the ground Caritas Lebanon. As we wind slowly upwards away from Beirut, I’m thinking of all the children we met in the past few days.

It’s hard to fully comprehend what a huge influx of refugees can be like for a small country. In the last seven years, Lebanon’s population has grown by a quarter – four million Lebanese living with 1.5 million Syrian refugees. They are in almost every community – and we’ve seen it this week. There are families living high in Mount Lebanon, tucked into spare rooms in villages. There are makeshift camps in the Bekaa Valley, tiny homes made of wood and breeze blocks, which will freeze in the winter.  There are families living in cramped and poor accommodation in the heart of Beirut – a city which feels as though it’s bursting at the seams.

Be in no doubt – what Lebanon has taken on, whilst countries in Europe have bartered and grappled with how many refugees they are prepared to let in – is extraordinary. 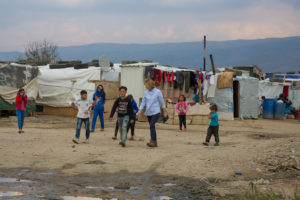 And as the war wears on across the border, the task facing this country and the aid agencies like CAFOD and their partners Caritas Lebanon is getting harder and harder. Funding for refugee support is falling. The world has other crises to respond to: the Rohingya, Indonesia, Yemen.

But to leave the children of the refugee families without adequate support and – crucially – some education, will spell disaster.

It’s impossible for every child to go to school

Lebanon has tried hard – there’s a double shift system working in some schools in Beirut, with Lebanese children arriving early in the morning for a few hours, before freeing up the space for Syrian refugee children. Other schools, like the one we filmed in Mount Lebanon, are packing out the classrooms as much as possible – and working hard to ensure the Lebanese children know to welcome their neighbours. It is sometimes very difficult.

But the bottom line is that it’s simply impossible for every Syrian refugee child to go to school. 250,000 are getting no education at all. 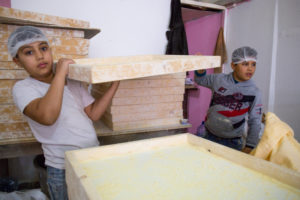 Many families need their children to work in order to buy food. Some families can’t dress their children properly to go to school – or access any transport, or pay for basics like paper and pencils.

It’s why CAFOD and Caritas Lebanon’s work here is so crucial. The money raised back in the UK is making a huge difference to children’s lives. Some of it still has to go on the basics of life – warm clothing as winter approaches, sanitary help, health support and clean water. Psychological support for those traumatized by the conflict.

The degradation of a young human life

But for the children, saving a life entails much, much more. At the moment, those in the worst conditions and without schooling, are seeing their childhood literally ebb away day by day. It’s the slow degradation of a young human life. To lose the capacity for hope, for aspiration, for the dignity which an education provides, is to lose life – not in a physical sense – but in its fulness of meaning. 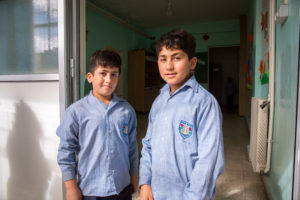 We saw what a difference even a little education makes. The pride in buttoning up a school shirt, combing your hair – getting out of the house on time to catch the school bus, full of happy chatter.  The fun of having a playground, an engaging teacher, a colourful and warm classroom.

It’s unimaginable what these Syrian children have witnessed and endured in their tenderest years.

It’s impossible to tell how soon they’ll get the chance to go home, and what they might face when they get there.

But little by little, the work of CAFOD and Caritas Lebanon is bringing their childhoods back to life.

Take a look back at Julie’s first, second and third blog from Lebanon.