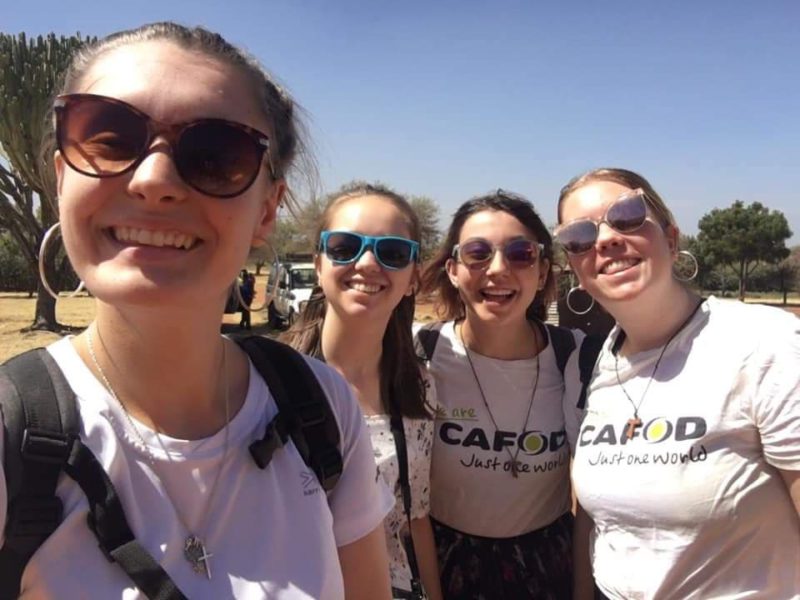 Nicole Gillespie is a Step into the Gap volunteer who has recently returned from an overseas trip to Uganda. Here, she shares some of the things she noticed about culture while on her trip.

Culture is a strange thing. Every country has it, yet it’s never the same. Sometimes culture can change just by moving between cities.

The cultural differences between the UK and Uganda were obvious as soon as we stepped off the plane. It has been so nice to experience such a different way of life for three weeks and to learn how the two countries differ has been so interesting.

A big difference that my fellow gappers and I noticed was the visibility of young people.

For a generation that makes up 78% of the Ugandan population, young people are rarely ever seen. In the UK, young people are seen roaming around all the time.  While in Uganda, I questioned this difference as I wondered whether their absence was because they were in school. I was told that this wasn’t the case as schools are on holiday until the beginning of February – another major difference between our lives.

Instead, we found out that young people weren’t in the villages that we visited because they were out at work, many acting as the main breadwinner for their families.  Often, they would be gone for weeks and send whatever money they had back home to support their families.

In Kampala, this was even more apparent.  As we travelled on different journeys, we saw many street children on the side of the road trying to sell whatever they could to make money. This was an interesting contrast to the UK, where it’s normal for a 16-year-old to have a Saturday job or a paper round to earn a little extra money, but not to be the sole provider for their families.

I noticed that clothing plays a big part in Uganda. In England, it’s normal for us to wear ‘jeans and a nice top’ when dressing up! Here, clothing is a big part of the culture.

Traditional dress is worn nearly every day by many of the rural communities we met.  When we were gifted traditional beads and cloaks, there was a big ceremony where everyone started singing and dancing, wanting to be involved and help with ‘dressing’ us.

Clothing is important at Mass too. In the UK, we usually wear whatever we want to Mass and it is usually a pretty casual affair. But in Uganda, people flock to church in their best clothes, jewellery and shoes to celebrate the Sunday service.

People pile into the church until it’s full and sit outside for a service that can last for nearly 2 hours. We went to one Mass where the homily was 45 minutes and had audience participation. When we shared that at home, the homily is only about 7 minutes long  we were met with shocked reactions and laughs!

In Uganda, we were lucky enough to be treated to three lovely, hot meals in a day.  This was linked to the warm welcome we received from communities, as I think  that on both sides we considered our meeting a celebration.  While we enjoyed this, we were conscious that it wasn’t representative of the whole country and there isn’t a huge abundance of food. This made us even more grateful for the experience and kindness that we were shown.

When in Uganda, we were met with disbelief when we explained that our normal food tends to be a small breakfast, a sandwich and crisps at lunch, followed by a large, hot dinner in the evening.

Even though there are so many differences to our lives, we haven’t felt at all unwelcome. Every person we have met has been so open and warm, ready to answer our questions, help us to understand what is going on and translate to us at every opportunity.  This has made our time here such blessing and really shown us the true meaning of the word solidarity, one of CAFOD’s core values.

Now, whenever I experience a new culture or something different in life, I will remember the kindness I was shown here. I will try to pass it on to all those I meet, and I hope that reading about our trip to Uganda will inspire you to do the same.

Apply to CAFOD’s Step into the Gap programme today