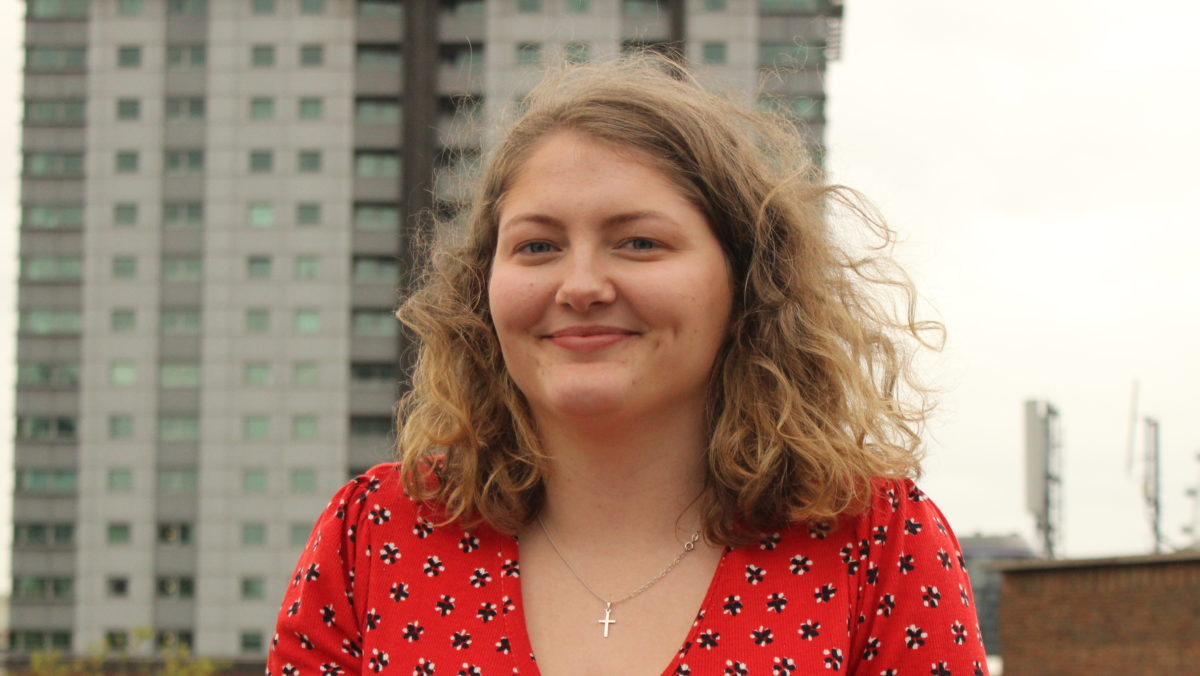 Emma is a Climate Champion who is keen to do her bit to tackle the climate crisis.

CAFOD Climate Champion Emma Gallagher says going vegan for a month is a great start, but we need to take the longer view

If I were writing this a year ago, I would have written about how difficult it is to do the right thing about the climate crisis, like reduce our meat consumption, when there are so few positive incentives – for instance, the lack of convenient vegan alternatives.

But it’s 2020, and the launch of Gregg’s vegan steak bake is a game changer. It’s in time for ‘Veganuary’ – the January challenge to go vegan. Eating less meat, if done sustainably, can be a great way to reduce your carbon footprint. Being vegan for a month does not balance out eleven months of meat eating, although it’s a good place to start.

I should disclaim: I am not a scientist, nor a lifelong vegan. I’m not Greta Thunberg or Pope Francis – my social reach is far smaller. But it’s clear to me that our consumption habits, like what we eat, shouldn’t just be a one-month fad. We should consider these habits to be a wider Catholic issue.

Read how Catholics can change the world in 2020

Creation is more than nature

In the (quite literal) heat of it all, it’s about motivation. Don’t worry, this isn’t some piece about how getting up at 5am unlocks your inner potential. But if your motivation for eating more sustainably and consuming less is for a monthly challenge, it probably won’t result in long-term change. What motivates you to go vegan?

Pope Francis says ‘creation’ is a world made by a loving Father. When we think of the Earth, God’s handcrafted creation, we should feel motivated to protect it. It should sit uneasy with us that those who have contributed the least to climate change will suffer the most from it.

Stand with young leaders on the frontline of the climate crisis

This Earth is God’s creation, embodying his love for us. If we frame it like this, more than just nature, we will be far more determined to tackle the ‘creation crisis’ through things like cutting down on meat or reducing our food waste.

Veganism isn’t perfect; not all vegan-fuelled trends are sustainable. But we should focus on what Laudato Si’ says: to consume responsibly and avoid a ‘throwaway culture’.

Trying Veganuary for your carbon footprint is a start. Why stop there? As a CAFOD Climate Champion, I am challenged to be a ‘steward of the earth’, not a ‘consumer of the earth,’ by participating in other challenges, like repurposing items instead of throwing them away, and campaigning for systemic change.

While I assume that you are also not Greta Thunberg or Pope Francis, no matter how small your social reach is we can still change for the better in 2020.

Perhaps start with reinstating Fish Fridays if you do not already practise the fast. Give up meat for Lent! Or why not read Laudato Si’ and learn more about the climate?

Small, incremental changes do aggregate, and as Catholics we are called to act on the environmental crisis, just as much as we are called to a crisis of poverty. What will the climate crisis look like in 2021? I guess we’ll….(Laudato) Si’?!

Unite with us against the climate crisis