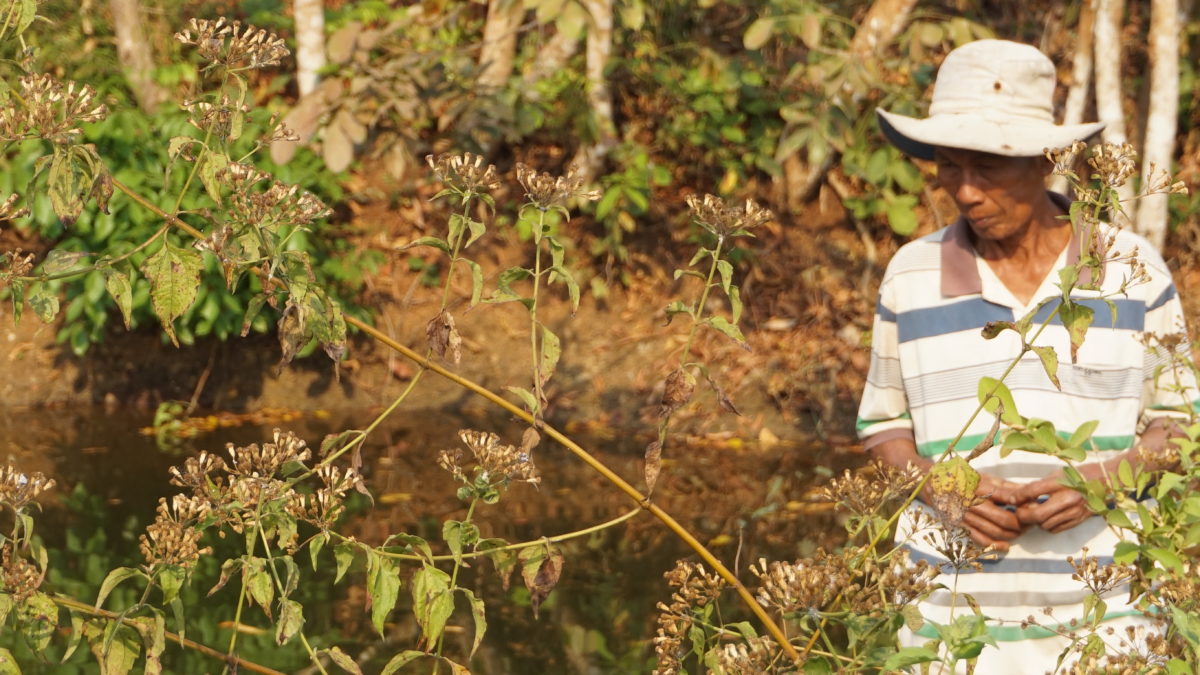 In part two of Francis Romano’s report from Cambodia, the Step into the Gap volunteer explains how CAFOD’s partner CODC is working with farmers to update traditional farming techniques to improve lives and communities.

Not read part one yet? Catch up now

The second of COCD’s major schemes we encountered was the chicken groups. This was designed to reduce economic precarity by helping to provide investment in chickens.

Chickens are economically productive all year, unlike most crops, which will only grow in the wet season. But it is often not enough simply to buy chickens and raise them.

There are risks of illness and dog attacks, among others. One member of the community explained that though they once had over 100 chickens, 90 of them died.

Find out more about CAFOD’s work in Cambodia

Community members explained that they learnt how to identify sick chickens, which could be isolated from the others, so the illness didn’t spread.

We have been lucky enough to see, even in our first few days in the villages, the work COCD has done to reduce precarity.

In history, frustrated by their lack of control over the myriad factors that could make or break a year’s harvest, ancient farming communities would deal with this by developing new religions and pantheons of gods – a god of the rain, god of sheep, and so on. In this way, the community could make offerings and influence the rain or their animals.

Start your Step into the Gap journey today

In this sense, we can imagine the force of climate change as one of those ancient gods. But then I realised that by turning these terrible forces into deities, we undersell our ability to combat them.

Climate change, for all its massive scale and terrifying effects, is a product of our ever-increasing need to consume. But it is the Cambodian farmers who pay the price.

Learning from the past to create a better future

Many farmers own land that is forested in Cambodia. For centuries, rural farmers have relied on ‘slash and burn’ techniques, where families cut down and burn a patch of forest in order to create an area of fertile soil on which they can grow their food.

Of course, burning down the forest is illegal, but farmers are forced to choose between creating economically viable land or breaking a law in a place with little police or army presence.

Though I understand why farmers need to gain a profitable edge, the ‘slash and burn’ method isn’t sustainable long-term. As the land can’t retain all the nutrients that the crops need, by the third year of planting, crops often fail completely. This forces families who depend on slash and burn to keep clearing fresh areas of rainforest every few years.

This is why the education projects that COCD are running are so important.

Find out more about CAFOD’s Step into the Gap programme

Our experiences of rural life so far have been tough. We are faced with fundamental economic problems of precarity that prevent vast numbers of rural families from having an acceptable standard of living.

But rather than deifying the forces that keep them there, as simply ‘the market’, ‘the economy’ or ‘climate change’, we can work to understand and change them by seeing them as products of humanity.

There is a lot of change happening in the Cambodian countryside, under the surface. But we at least know that the work of COCD, with the assistance of CAFOD, is doing its part to make that change positive.