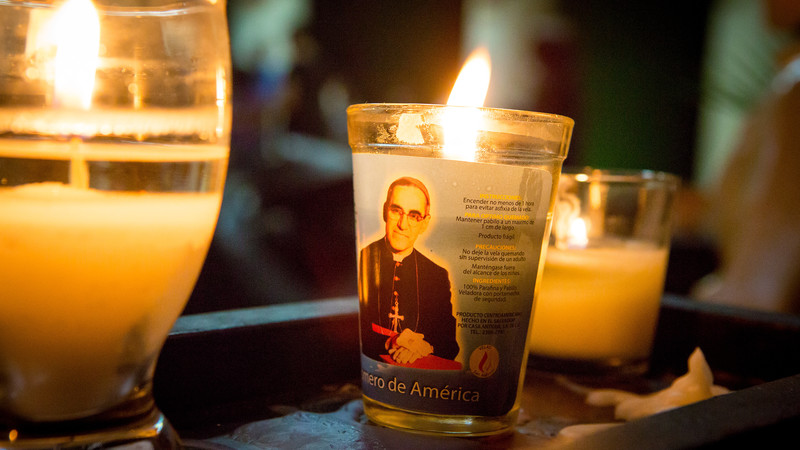 On the Feast of All Saints, Kathleen from our Education team reflects on some of the everyday saints she has come across in her life.

All Saints Day, dedicated to all the saints in heaven, tends to focus on well-known, canonised saints. But millions, or even billions, of people may also be saints. Perhaps you have known a few?  I am sure that I have.  Let me tell you about just one of them.

Read our article on how to become a saint

Fr Tony Battle was one of my chaplains at university. I was fortunate enough to live in the Catholic chaplaincy for a couple of years and Tony, along with the other residents, helped to make that a very rich time in my life. In some ways Tony also started me on the path that would eventually lead me to apply for a post at CAFOD.

I remember him inviting Bruce Kent to speak to the Catholic society, Cathsoc, about peace-building and nuclear disarmament. That was probably my first experience of attending a talk on a social justice issue.

Then there were the ‘Wednesday lunches’ – Mass, followed by a bread and soup lunch, with donations going to CAFOD. I ended up with responsibility on the Cathsoc committee for organising this weekly event.

Pray to a favourite saint today

Perhaps most significantly, Tony took a small group of us to attend a talk at Durham Cathedral by the Brazilian Archbishop, Dom Helder Camara.

I had never heard of this man and, due to his strong accent, I understood little of what he said. Nevertheless, I felt profoundly aware of being in the presence of a holy person. This feeling increased later, when I was privileged to be introduced to him. Another saint on my list?

Speaking of which, decades later, working at CAFOD, I sometimes quote Dom Helder Camara’s saying: “When I give food to the poor, they call me a saint. When I ask why the poor have no food, they call me a communist”.

Back to Tony. As students, we were very aware that daily prayer was Tony’s foundation. His relationship with God gave him a deep peace, which spilled into his sermons and liturgies both at the Catholic chaplaincy and the university’s interfaith chaplaincy. It also made him at ease talking to anyone – lost, homeless or troubled people made a bee line for Tony.

When he left the chaplaincy, Tony’s commitment to social justice led him to ask to be sent to a poor, urban parish. He was given a parish in a socially deprived area near the Tyne, and – despite the bricks that were regularly thrown through the windows – he loved it.

Tony was still in his fifties when he found out that he had an aggressive cancer.  Typically, he took the news in his stride.

He sent a letter to his many friends. In it he explained that he had never particularly wanted to live a long life but had lived a full one and was happy to go to God. He asked us to pray for him and said that we would be reunited in heaven. I feel sure of it.

Tony’s funeral at the Cathedral in Newcastle was packed. Prophetic as ever, he had arranged for everyone who attended his funeral to be handed a booklet of tips on how to care for creation.

Tony did not own much, but he left most of it to CAFOD.

How many saints have you known, and how did they influence your life?