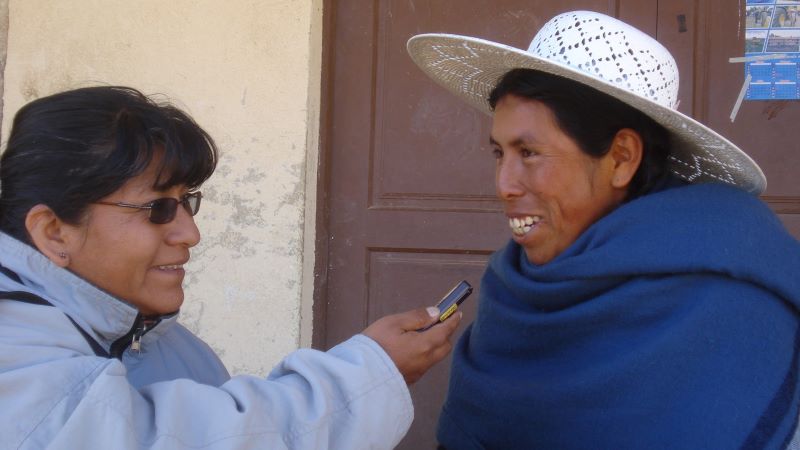 On Mother Language Day we celebrate cultural and linguistic diversity around the world. Lucy Jardine, Communications Officer, shares her thoughts on the importance of preserving native languages and how learning languages enables deep encounters.

I find the concept of ‘mother language’ fascinating. Growing up in the Netherlands, and going to a Dutch school, learning multiple languages was practically a given. For a while I was studying six: English, Dutch, French, German, Latin and Ancient Greek. Since then, I’ve added a few more – Italian at university, a smattering of Indonesian, and, more recently, Spanish and Portuguese. I’ve been called all sorts of names, not all nice, but the most flattering of these was ‘poliglotta’. Multi-tongue… I’m OK with that!

One pastime I enjoy is comparing the way we say things in different languages – and how there are those untranslatable words and expressions that say so much about a culture. Why do we say that a car ‘runs’ in English, when it ‘walks’ in Italian? People tell me I seem different when I speak a particular language. I speak softly in Italian, they say, and am more direct in Dutch.

Languages are, however, more than a source of light entertainment. Language really matters, on all sorts of levels.

Our partner CENDA in Bolivia, who work with Quechua and Aymara-speaking indigenous communities, have shared some of their and community members’ thoughts on the importance of mother languages. Noelia said: “When a language declines and eventually disappears, it is not only the language that is lost, but a whole culture and a whole people, with all of their customs and beliefs. By preserving a native language there is still the hope of being able to revitalise [the culture] and share all of its knowledge” – indigenous knowledge that is key for growing sustainable crops, protecting the environment and caring for our common home.

CENDA produces two magazines in Quechua – one for children and one for adults. They’ve also created an app for teaching Quechua to children. Quechua is the mother tongue for many rural communities, but it is being lost. It can be seen as a hindrance to ‘advancement’, even though it is recognised as one of Bolivia’s 36 official languages. I’ve heard the same from communities in Peru, who are fighting to preserve their languages and culture.

Palmira, a primary school teacher from Cochabamba in Bolivia, told us: “It’s important that new generations practise their culture and their language and preserve it, so that their identity is not lost.”

We asked her what is different about Quechua. Is there anything that you can say in Quechua that you can’t say in Spanish? She told us that, mostly, words are translatable, but that Quechua allows you to express your feelings in a soft, gentle way.

Wendy, from Potosi, shared the Quechua word ‘munaririkullariwaypuni’ with us. It expresses, in a single word, someone’s desire to be loved.

Reaching people on a deeper level

Our CAFOD values, informed by Catholic Social Teaching, include solidarity, dignity, leaving no-one behind. How can we do that if we can’t communicate in the very essence of what makes people who they are? The pandemic has highlighted this imperative to meet people where they are. CAFOD partners have stepped in where governments have failed, providing crucial information in a culturally sensitive way to indigenous communities on how to keep themselves safe.

What is Catholic Social Teaching?

Lidia from CENDA told us how important it was for her to learn Aymara and how, even though she doesn’t speak it very well, it helps her to communicate, especially with the women. They often don’t speak any Spanish at all. Julia added how important it has been for her to be able to speak Quechua in Quechua-speaking communities: “It generates confidence, it opens doors and when you start speaking Quechua with a family, they open up to you, without being embarrassed or fearful, because they know that you are part of them.”

For me, Julia’s observation is key. As I reflect on the opportunities I have had to learn different languages, I realise that they have enabled me to be truly present with the people I meet. They have helped me to have an encounter at a far deeper level than might otherwise have been possible. But this privilege brings a responsibility to share their stories – their thoughts, ideas, challenges, struggles, wisdom and joys – without losing the essence of who they are.

I’m not sure that I’m going to be able to learn Quechua or Aymara. But with the dedication and efforts of our partners such as CENDA, I can play a small part in ensuring that their voices are heard.