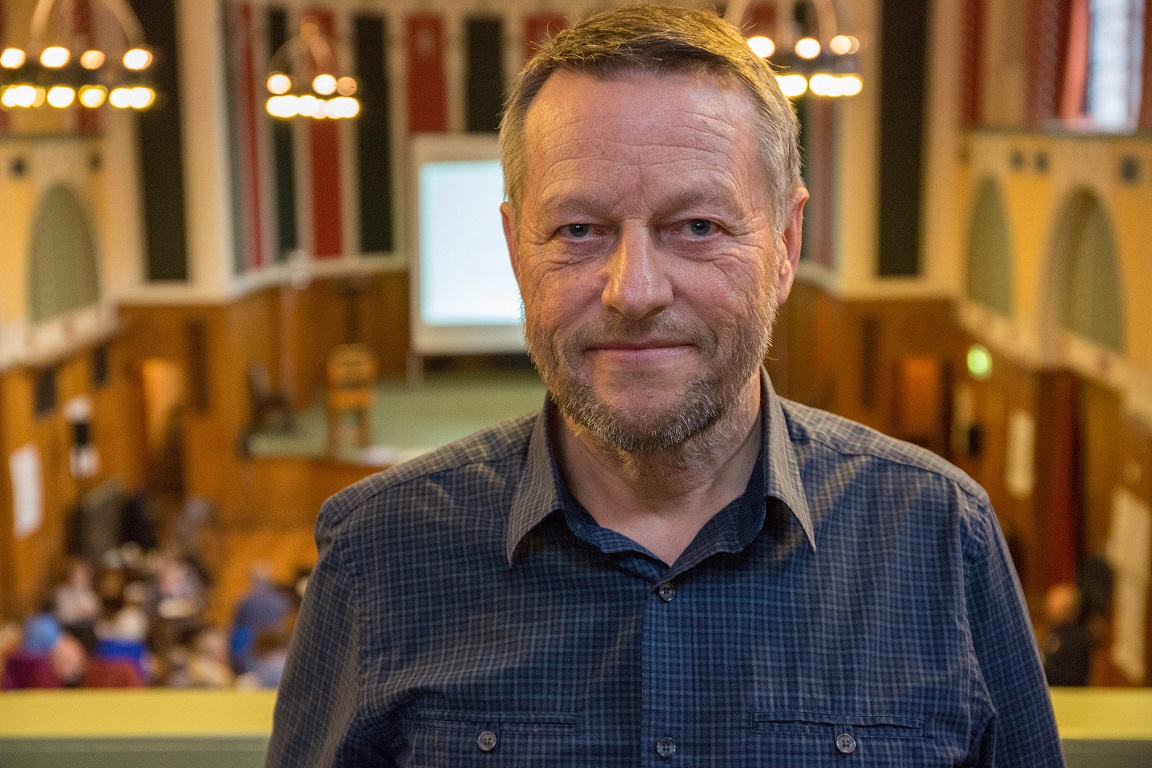 I joined the excited buzz as 100 delegates heard Argentinian theologian Fr Augusto Zampini Davies introduce the Encyclical. Written by Pope Francis earlier this year to all peoples of the world, it felt like the Pope was addressing us personally. 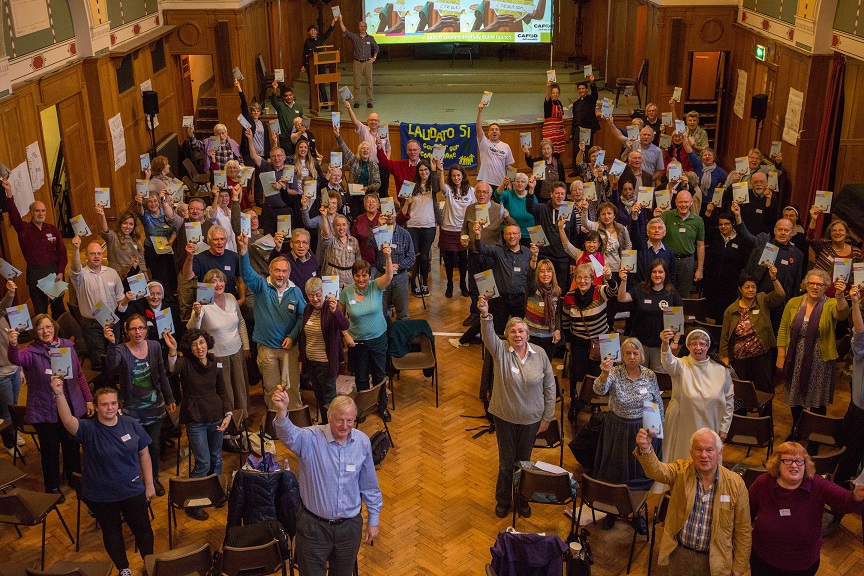 So what is Laudato Si’ all about?

Through a mixture of talks and discussion we discovered it’s primarily about justice. The Pope, a scientist himself, joins the vast majority of other scientists in accepting the evidence that humans, especially from rich countries, have created unprecedented global warming by burning fossil fuels.

It is mainly the poor in the less developed world who will suffer the worst consequences. Because the world is the ‘common home’ of all humanity, we have created a huge injustice. I reckon until about 30 years ago I might have been forgiven for not recognising the link between my lifestyle and the poor. Now there is absolutely no excuse.

Fr Augusto pointed out that part of the challenge is acknowledging our everyday attitudes. Pope Francis highlights that our environmental and our social problems have the same underlying cause: we have come to see ourselves as “the earth’s lords and masters entitled to plunder it at will, forgetting that we ourselves are formed from it.”

Faced with the enormous challenge of what the Pope calls personal ‘ecological conversion’, it might be easy to feel despondent. But the study day took its cue from the Encyclical itself. It is full of joy and hope.

I came to the study day in the hope of hearing what other individuals and parishes are doing in response to Laudato Si’ and was not disappointed.

My own parish in Lancashire was one of the first to attempt the CAFOD LiveSimply award. We celebrated what we already did to care for our environment and to be in solidarity with the poor. Things like installing energy-efficient lighting, using an electronic newsletter to reduce paper use, supporting CAFOD of course, and praising God for His creation in services at Harvest Time and Easter, and made individual pledges such as reducing water use, having a car-free day, and eating less meat.

I was enormously encouraged on Saturday to meet many other people who had adapted their own lifestyles to live not primitively, but more simply.

Individual action can only take us so far

There’s another dimension that the Pope calls for, and that is change lead by politicians.

He says we must re-look at the way we do things. It is not trading and consuming that is the problem; it’s the way we do them. He doesn’t pull his punches, saying the political response so far has been weak.

Pope Francis wants our political and economic structures to deliver justice for all peoples of the world and to combat the risks of climate change. I want that too because I am certain it is a central part of the good news of the Gospel.

I came away encouraged to continue as an MP correspondent, certain that our mission is to inspire people to the motivation needed for transformation.

I firmly believe we have to give our political leaders the mandate and encouragement to show courageous leadership on this.

I believe and hope that against so many odds it is possible for nations to tackle inequality and join together to care for the future of God’s beautiful creation; it’s our only planet, on which we totally depend, and whose stewardship is entrusted to us.

That’s why I am delighted to also be joining the CAFOD delegation to lobby the UN Climate Summit. At the end of Saturday the 20 Paris delegates met for the first time. We eagerly anticipate standing shoulder to shoulder with people from numerous other countries who believe in putting their faith into action.

As the Pope says: “What would induce anyone, at this stage, to hold on to power only to be remembered for their inability to take action when it was urgent and necessary to do so?” Please pray for our leaders.