Monsignor Héctor Fabio Henao, Director of Caritas Colombia, is a long-standing partner of CAFOD. For years he has been close to efforts by the Catholic Church to negotiate peace with all parties involved in the conflict in Colombia.

Here he reflects on the news that the Colombian Government and the FARC guerrilla have signed  a bilateral ceasefire agreement; the first time both parties have agreed to put down their arms in over 50 years of conflict.

News that the Colombian Government and FARC guerrillas have agreed a bilateral ceasefire could herald a fresh start for a country that has witnessed the longest-running internal conflict in the western hemisphere.

Find out more about the peace process in Colombia

In the past half-century, at least 220,000 people have been killed in my country. More than 25,000 are missing, more than 6 million have been displaced, and thousands have suffered sexual violence.

After more than three years of peace negotiations, we welcome the ceasefire as a major step forward. But we need to be realistic.

FARC is one of several illegal armed groups in the country. Another is the National Liberation Army, or ELN, which announced in March that it would be starting official talks with the government but continues to demonstrate its military capabilities. Unless the ELN guerrillas also agree to a bilateral ceasefire and sign up to a negotiated peace agreement, we can’t say the armed conflict has ended because, in many regions, hostilities and human rights violations will continue.

Strong threats are also coming from paramilitary groups that were originally formed in opposition to FARC, and which failed to demobilise fully following the negotiations that ended 10 years ago. These groups have influence or control in areas close to those historically controlled by FARC. There are still humanitarian reports of forced displacement resulting from armed confrontations between these organisations as they dispute territory to use for illegal mining, drug trafficking and other criminal activities.

A peace deal is not far away, please continue to pray for peace in Colombia

If the violence can be brought to an end, what will be required to create a lasting peace?

First and foremost, we will have to work with communities that have known nothing but armed conflict for more than 50 years. The success of the agreements will depend on the extent to which rural people, in particular, are involved. Colombia is a very diverse country, both culturally and in the way the armed conflict has affected different regions. This demands a solution with a regional focus, not simply planned from the capital, Bogotá.

For decades, Colombia hasn’t had a rural policy. People living in the countryside have not been adequately recognised or represented by the state. The first point of the peace agreements is agrarian reform, something which – if implemented – will require profound political change. To see how much inequality there is in Colombia, we have only to look at the massive amount of land accumulated by very few people.

Second, the rights of the many victims of conflict must be recognised. For much of Colombian society, the credibility of the negotiation process will depend on this. Our non-profit organisation, Caritas Colombia, works with victims to ensure that their voices and views are taken into account by the state, but we face vast obstacles, not least the corruption that exists at all levels, particularly in relation to justice. People simply don’t believe that the judicial system will resolve their issues satisfactorily. The solution isn’t more laws, but the creation of a culture of legality and social equality.

Working with the government, Caritas Colombia has drawn attention to the real cost of the conflict. Our work with local groups in areas of particularly intense fighting has been especially significant. These courageous people, who often speak out at immense risk to their own lives, have played a key role in promoting a peaceful settlement.

Colombians should be able to live in a society free from corruption. For that to happen, a fundamental shift in public attitudes and politics is needed, with violence giving way to a culture that fosters social inclusion and recognises human dignity.

Please pray for peace in Colombia 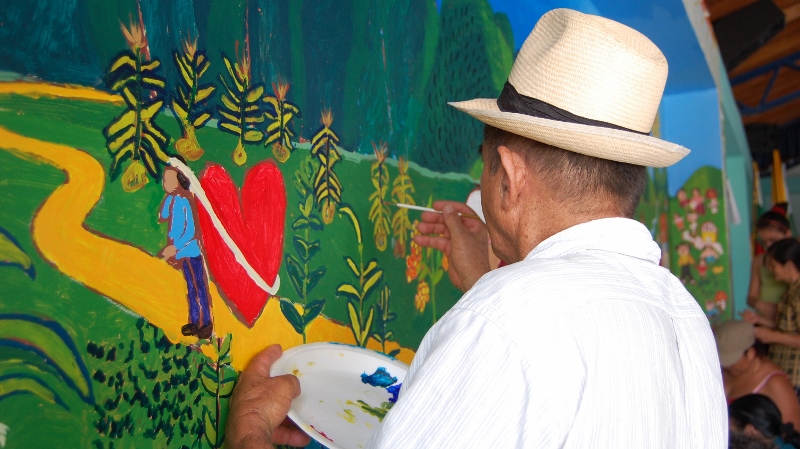 This article originally appeared in the Guardian