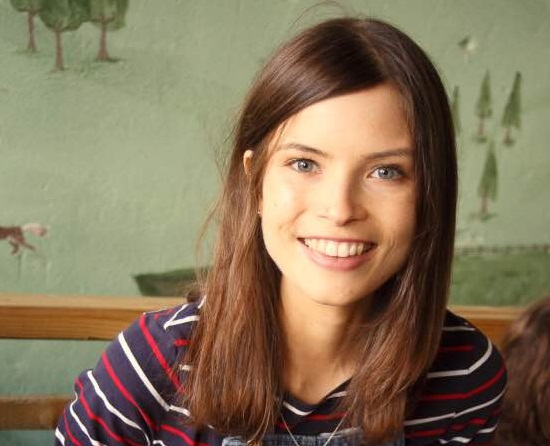 Chloe met her MP during last year's week of action

Hundreds of events will be springing up between 1-9 July as part of the Climate Coalition’s week of action. We asked Chloe, Jane and Bernard who organised events for last year’s week of action to tell us what they did and how it worked.

The thought of organising an event and inviting your MP can be daunting. But it doesn’t have to be. Students, faith groups, union members and many more will unite to meet their newly-elected MPs and talk about what we can do to tackle climate change.

It took me a long time to decide whether or not to organise anything for the week of action, then someone suggested I invite my MP for tea. I thought ‘I can do that’, so I did!

How did you get started?

First, I spoke to other local Christians who I knew had similar concerns to mine. We decided that, between the three churches in the village, the Catholic church should host and provide catering, the Anglicans should do the publicity, and the Baptists, who have a super technician, should do the IT. Then we invited our MP to tea.

We had a presentation using both CAFOD and Christian Aid films, the opportunity for people to make green hearts to give to our MP, to sign a petition which was later delivered to him, and – of course – plenty of tea and cakes.

Unfortunately, about a week before the event, I had heard from our MP’s assistant that our MP would not be able to come. But we still went ahead, and about 20 people came and committed to action, which I found quite gratifying.

It was great to work with like-minded Christians on a common cause; it would be even more wonderful if it had been an inter-faith event. Perhaps next time!

My MP, Rosena Allin-Khan, was new in post and I was new to the neighbourhood, so I thought it would be the ideal opportunity to start a conversation about climate change and meet people in my community who share my views.

How did you get started?

I emailed a few groups in my area and the more I researched, the more I saw how much brilliant community-led activity was already going on.

I met my MP, along with some of my Tooting neighbours, for that most sacred of British rituals: a cup of tea. I asked her over our mugs and biscuits to speak up to the government about providing renewable energy to the world’s poorest communities.

The weather didn’t hold out, so the planned sunny picnic on Wandsworth Common didn’t happen, but I was really pleased those that came along were so passionate and wanted to speak to Rosena about climate change too.

Meeting an MP who was so open to taking on the CAFOD actions and having an insightful discussion with other people about how we can help not just our local community, but our global community.

This was the second time I had organised a CAFOD event. The previous occasion was the campaign, several years ago, for ethical gold mining.

How did you publicise the event?

We informed parishioners via our own parish CAFOD newsletter and regular reminders by our parish priest, asking them to sign up.

A group from our local parishes met at a local beauty spot, the Blue Pool, where we absorbed the spectacle of the pool coloured blue or green by local clay deposits, the surrounding woodland walks, and the atmosphere of peace and wellbeing they created.

Our walk was interspersed with passages from Laudato Si’, the encyclical about creation and our common home, issued by Pope Francis in 2015, and hymns about God’s creation. This event ended with a cream tea, so that we gave pleasure to each of our senses.

Our MP was unable to come to our walk. That was disappointing, but each of us was motivated to support the climate change campaign and take the next opportunity to get our MP on side with this.

There was so much to enjoy. The Blue Pool was stunning; the atmosphere we created was palpable; and I can still taste the cream tea for which the management of the Blue Pool pulled out all the stops.