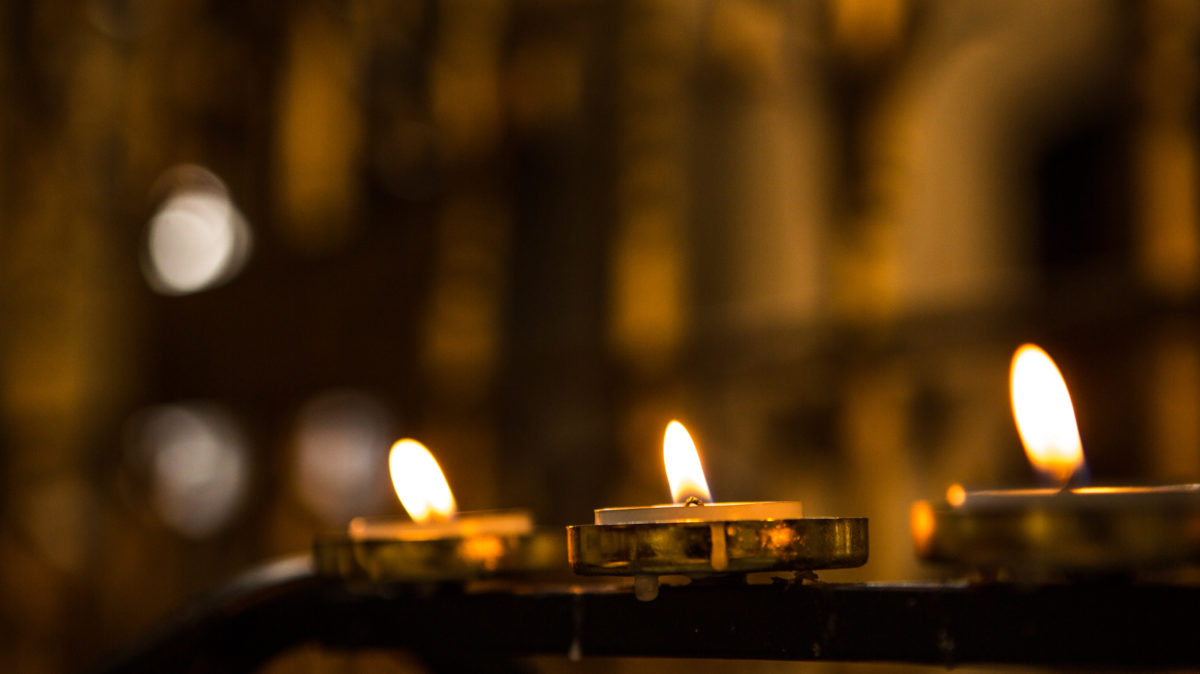 Roisin Beirne, CAFOD’s Candlelight Funds Officer, shares the stories of two special women who have been honoured by a donation to CAFOD in their memory.

As families go through the difficult task of organising a funeral, some find the strength to also think of their global family.

A collection in lieu of flowers is such a touching way to pay tribute to someone special while also ensuring a brighter future for those living in desperate need overseas.

Donate in memory of someone special

Since joining CAFOD’s Legacy and Remembrance Team I have been so moved by the amazingly strong people who get in touch.

As a way of saying thank you, I’d like to share a little about two women who have been remembered in this way.

Ophilda D’Souza was a strong, caring and intelligent woman. She sadly died on 8 March 2017, International Women’s Day. She was both driven and energetic and has left a lasting mark on the world.

At such a difficult time, Ophilda’s family were kind enough to think of CAFOD’s work as they held a collection at her funeral. Through the collection they raised an incredible £750 in memory of this very special lady.

Since then, they have shared a little about who Ophilda was, showing how this truly was a fitting tribute.

“Like everyone else, we know that life brings tears, smiles and memories. The tears dry, the smiles fade but we will cherish the memories that will last forever.” Ophilda’s daughter, Eryl

Born in Nairobi, Kenya and educated in India, “her aim was to make a difference”. In 1955, she married Stanley, and they had the blessing of marking their 60th diamond wedding anniversary with their children Keith, Gwyn and Eryl.

Moving from Kenya to London in the late 1960s with their young children was not an easy task. However, Ophilda was a rock for her family during times of upheaval and leaned heavily on her faith.

As Eryl explained, “her whole life was about teaching us how to live and build a relationship with God.”

Being a vocational teacher, Eryl said her mother “did not go without leaving us all with some homework. Now as she passes the baton to each and every one of us, our challenge is to continue to do the good work she started and to do our best to make this world a better place.”

Bridget McPhail was a wonderful woman who generously gave to CAFOD over the years. When she passed away her family thought that asking for donations to CAFOD rather than flowers at her funeral would be a fitting way to honour the values she held dear.

Donate in memory of a loved one

Bridget was born in Northumberland into an Irish Catholic family, and her values of hard work and helping others were ingrained from a young age. At 22 years old, she met her beloved husband, Herbert, and together they had five children, ten grandchildren and one great-grandchild.

During World War II she joined the Women’s Land Army, meeting a variety of interesting people. Her passions were endless – from higher education and world affairs to knitting and Dad’s Army, she was a woman who wanted to learn about the world.

When her beloved husband and daughter died within six years of each other, Bridget found comfort in her family and in her faith.

She cared for her loved ones but also for her brothers and sisters around the world. Bridget was a dedicated supporter of many charities, and often helped at her local Church. Her family told us, Bridget was “always generous at heart”.

There are so many things to think about at such a tough time and it’s humbling to see that despite their grief, these families are able to think of others. So, by holding a collection at a funeral, families like these have ensured that their loved one’s values live on in all those being helped in their memory.

Both Ophilda’s and Bridget’s names have been added to CAFOD’s Book of Remembrance. May they forever rest in peace.

Find out more about remembrance giving