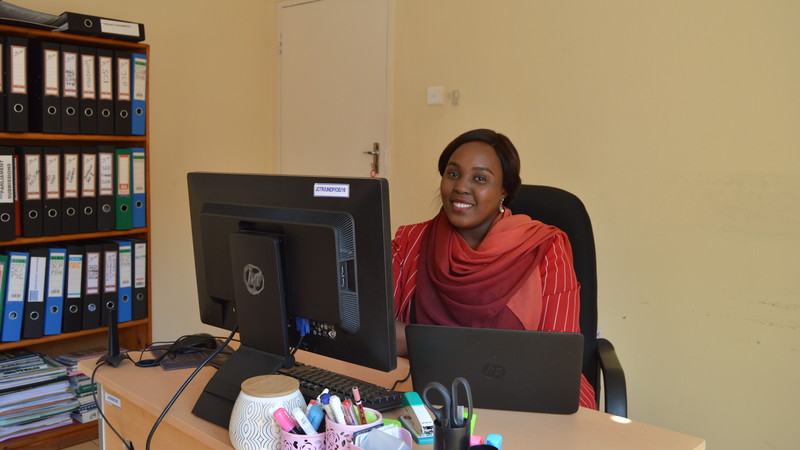 Muchimba Siamachoka from the Jesuit Centre for Theological Reflection in Zambia.

Francis Stewart, from our Theology team, reflects on what the Church has to say about the injustice of debt. As we begin to rebuild after the coronavirus pandemic he invites us to imagine a new way forward.

The God who invites

It is reassuring that there is still no official obligation to go to Mass, although it is now, thankfully, possible to go in some places. It strikes me as critical to the common good to keep issuing this message that the opening of Churches is an invitation, not an expectation. In this way no one who is still unable to go feels excluded.

I have at times been misguided enough to act as if God demands payment, and mistake going to Mass as a form of payment for God’s gifts.

The voice in the back of the head that demands payment is not God’s, but more like what Sigmund Freud called the ‘over-I’ or the ‘superego’. The more you oblige this voice, the more it demands. The more you obey, the more you feel guilty. Are we not addressed like this as consumers? “We must keep buying to boost the economy. Therein lies salvation.” And when we are left feeling empty, we feel guilty for not enjoying all the stuff we bought!

But why have I become habituated to thinking this way about coming into God’s company? It is as if life is so pervaded by financial obligations that the logic of payment can even define our relation to the sacred.

Catholic social teaching (CST) is very careful about how it speaks of debt obligations. As part of the heritage of the three Abrahamic faiths, Islam, Judaism, and Christianity, it is critical of usury – the practice of making money by lending, of using debt as an instrument of profit. Therefore, according to CST, debt obligations are only moral obligations if they are entered into freely and justly.

Like many of the debt problems experienced in England and Wales, global debts are often taken on with no proper choice in the matter. We may hear about national governments “mismanaging the economy”, but it is often tax evasion by transnational companies that means countries lack adequate funds and fall into debt.

What can be done?

During this crisis, Pope Francis has called our attention to the injustice of global debt.  One part of our coronavirus petition is the chance to lobby the UK government to cancel debt payments by developing countries so they can fund their just recovery from the pandemic.

Read more about why CAFOD is calling for debt cancellation

When I consider the bearing of the gospel on my conscience, it is this global situation that cries out most painfully for action. Rather than being a commercial affair in which I must ‘pay my dues’, the gospel expresses our life with God as such: “freely you have received, now freely give” (Matthew 10:8).

It is sometimes argued that human beings don’t tend to follow this teaching of Jesus. Many who have freely received, do not freely give. So to cancel debts does not necessarily mean that the newly available funds will reach those in poverty. Muchimba Siamachoka works with the Jesuit Centre for Theological Reflection (JCTR) in Zambia. She shows what a difference cancelling debt can make to people who are poor, if funds are invested well.

Twenty years ago, there was the Jubilee 2000 campaign to drop the debt. Its positive effects in Zambia became noticeable in 2005. Muchimba says, “Debt cancellation allowed the Zambian Government to focus and allocate resources on poverty reducing programmes as per the requirement of the generous external debt service relief schemes…Tangible progress from the Jubilee Campaign was noted in the health sector. To be specific, Zambia used debt relief to provide free anti-retroviral drugs to 100,000 people in the year 2005, helping to bring the HIV/AIDS pandemic under control.”

As well as showing what debt cancellation can do, practically, Muchimba also maintains that overcoming debt is a requirement of justice. She explains: “National debt is almost always an unjust form of intergenerational wealth transfer. Why do we say so? The ‘unjust’ borrowing consequences will long be felt by the future generation who will have to pay back resources that have not been of benefit to them in the present day.”

A return to the rush

As we have started to re-emerge from lockdown I have felt a return of “the rush”. The rush to get back to work, to the high street, to pubs, is all understandable, and unavoidable for many who work in these sectors and rely on them for their living. But in the whirlwind of busyness, the horizon has been sucked in again. The scope for asking big questions about humanity’s future is shrinking.

Yet I think that organisations like JCTR show that we still have an opportunity to think bigger.  We can reimagine society to care for the most vulnerable and to build a better future. When the revenue received through debt cancellation is invested in essential infrastructure for the poor, it can avoid intergenerational injustice, as the case of Zambia demonstrates.

A time of Jubilee

In Saint John Paul II’s encyclical Tertio Millennio Adveniente, on the eve of the Jubilee year 2000, he celebrated the anniversary of God coming among us as Jesus Christ. Yet he said that “Jubilee” is not simply a historical commemoration but a new beginning.  “The third millennium begins” is the English translation of the document’s title. The encyclical called for debt cancellation, linking this to the Old Testament visions of freeing slaves and redistributing wealth every seventh and 50th year (Leviticus 25:1-55).

But this was not meant to be a momentary relief, for poorer countries to catch their breath, only to continue in the vicious economic cycles. It was a call for a new economic system, one in which the chains of debt do not strangle our investing in people, in the earth and in humanity’s shared future.

As we begin to rebuild after the coronavirus pandemic let us echo this call.

Tell our leaders that it’s time to #CancelTheDebt