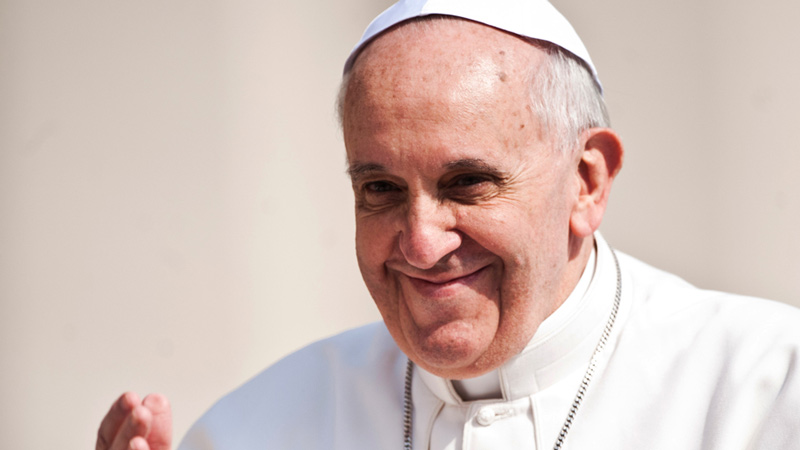 One year on from the signing of Fratelli Tutti, Francis Stewart from our Theology team reflects on its Franciscan inspiration. As well as its vision for navigating the tensions and conflicts that will come with the challenges of today’s world.

The Season of Creation culminates on 4 October, with the feast of St Francis of Assisi. It is no coincidence that a year ago Pope Francis signed Fratelli Tutti: On Fraternity and Social Friendship in Assisi, standing by the relics of St Francis, patron of ecology.

It seems that, for the pope, St Francis exemplified the kind of love that the world needs. A care for mother earth and the tiniest of creatures that looks beyond their monetary value. And a fraternity that is not restricted by geography or distance.

“Love” is a word that is increasingly hard to wrestle from the grip of Hollywood and reality TV shows. So, what kind of love are we talking about?

The economist Luigino Bruni tells the story of the Franciscan movement as a balance of two kinds of love: philia and agape.  Philia refers to the bonds between friends. People who share something in common, who each give something to the other. Agape is the word used for love of God and neighbour. A love that is unconditional, ready to give without receiving anything in return.

The first religious order that originated in St Francis’ decision to reject his wealthy upbringing and live a life of poverty were a group of mendicant brothers. They moved from place to place, seeking to be among the most marginalised.

Franciscan life had a basis of trust – everyone had to commit to common rules and practices.  But also risk – venturing out and putting oneself at the disposal of “the other” on the margins of society. For Bruni, the Franciscan orders and their influence on European history show how this combination of trust and risk underpin our economies. To take trust for granted, or to fail to recognise the risks taken by healthcare workers and lorry drivers, for example, can lead to breakdowns in the ordinary functioning of society!

Fratelli Tutti doesn’t use the words agape and philia. But“charity”, from the Latin word for love, appears many times in the document. Charity can be difficult to untangle from associations with TV telethons and loose change in collection boxes. But for Pope Francis, it means love in a comprehensive sense. It calls for “an effective process of historical change that embraces everything: institutions, law, technology, experience, professional expertise, scientific analysis, administrative procedures, and so forth” (FT, 164).

Charity in this sense holds two distinct dynamics in tension. Sometimes the pope calls these ”social friendship” and ”universal fraternity”. More concretely, they can be described as the importance of local roots and a global horizon. Belonging to a people and welcoming the stranger.

So we must renew our appreciation of philia, the mutual trust and friendship that binds societies together. Consider the “reciprocal gifts” (FT, 133) of cultural riches that can be exchanged between migrants and host communities and the shared experiences which give identity to peoples. These exchanges are more fundamental to society than the trade of consumer goods or financial assets. Against feelings of isolation and fragmentation, we are invited to lean into these deeper bonds that make the world go round.

Yet, “there is always the factor of ‘gratuitousness’: the ability to do some things simply because they are good in themselves, without concern for personal gain or recompense” (FT, 139). Without agape, which expects nothing in return and even takes risks for our neighbour, the bonds of philia gradually dry-up. They are replaced by cold contract or exclusive populism. Lacking gratuitous love, a community slides towards being a members-only club.

In the context of the climate crisis, our ability to balance philia and agape may be put to the test. What if the hopes of those local to us come into conflict with the actions needed to limit the effects of climate change on the world as a whole?

The tension between local and global was brought home to me on a recent visit to Whitehaven. A beautiful harbour and former coalmining town in Cumbria. There, a new coalmine is being proposed to fuel the production of steel. This has brought the global need to protect the environment into conflict with the local need for stable work. Environmental activism clashes with people’s hopes of renewal after the closure of historic industries.

COP26 approaches. A critical time when local needs must be seen in the context of the bonds of philia with people everywhere who are threatened by a global crisis. The gift of agape can awaken an appreciation of this, granting the foresight to avoid paths with a questionable future. But agape also asks what can be done for people in a town like Whitehaven? How can a transition to a zero-carbon economy be just, sensitive to local hopes and experience, and preserving of the dignity found in a decent job?

As ever with Catholic social teaching, Fratelli Tutti asks more questions than it answers!