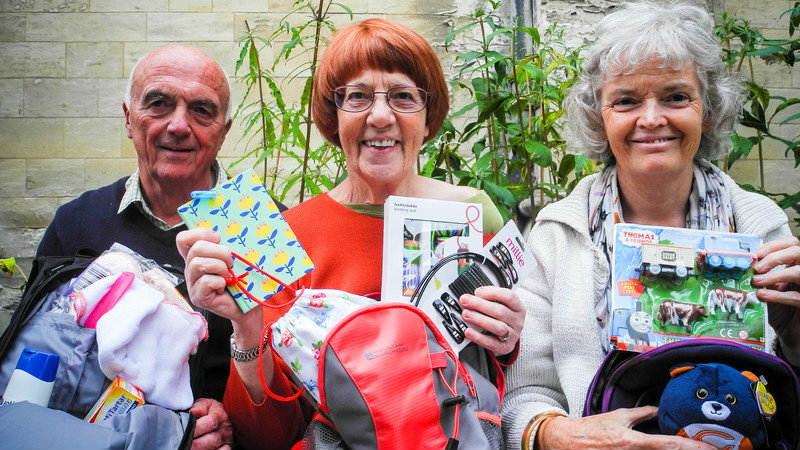 It all started with a phone call

There’s a whole network of underground support for refugees and asylum seekers in Norwich. I didn’t know about any of it until I made a phone call to find out what our group could do to help.

We heard from a health visitor that families were being moved into the area, but the accommodation they were staying in was so dirty. The families had nothing to clean it with.

END_OF_DOCUMENT_TOKEN_TO_BE_REPLACED

CAFOD is privileged to have many wonderful supporters. One supporter, ‘Marmalady’ Gloria Irons from Norwich, has raised over £10,000 for us with her marvellous homemade marmalade – and her wonderful work has even been written about in the national press.

Gloria’s marmalade success “started by accident”. She said, “I was going to a fete and I  had forgotten to bake anything. I grabbed some jars of  marmalade I  had made and they sold like hot cakes.”

Make a donation to CAFOD’s work