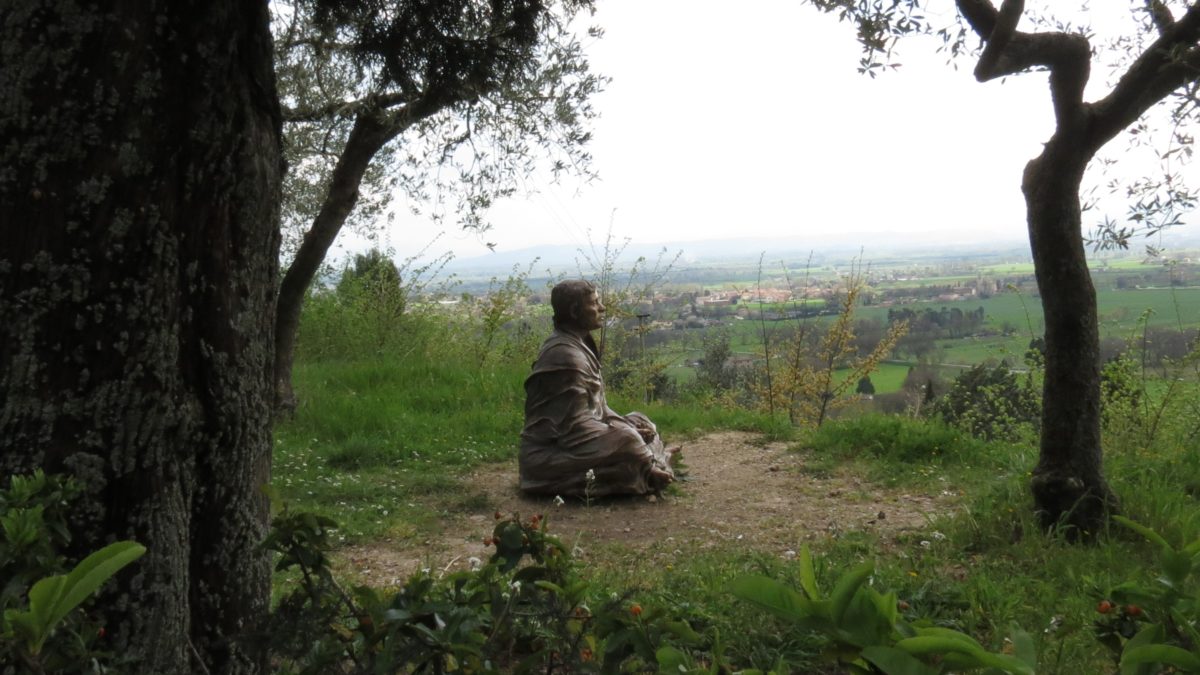 As Family Fast Day approaches, Kathleen O’Brien from our Theology team reflects on the life of Saint Francis and the influence he still has, centuries after his death.

I was delighted when I found out that Family Fast Day this harvest is 4 October, the feast day of Saint Francis of Assisi. Saint Francis is one of my greatest heroes and I’ve been fortunate enough to visit Assisi a number of times.

Get involved with Family Fast Day

The life of Francis

Early members of the Catholic community to which I belong were much influenced in the 1970s by seeing the film “Brother Sun, Sister Moon”.  It tells the story of Francesco (Francis) growing up in Assisi as the pampered son of a wealthy merchant. After returning from war and imprisonment in Perugia, Francis came to a deeper awareness of God’s presence, particularly in creation.

He gave away all his possessions, taking literally Jesus’ words to the rich young man: “Sell what you own and give the money to the poor… then come, follow me” (Mark 10:21). By his radical lifestyle and joyful commitment to live the Gospel in simplicity, Francis changed the Church and society of his time. He is Pope Francis’ namesake and patron saint of ecology, despite living only 44 years.

So, when tasked with writing a prayer for CAFOD’s Family Fast Day, I turned for inspiration to Francis’ Canticle of the Creatures. Amazingly, he wrote this great hymn of praise for creation when he was gravely ill and partially sighted. In it, Francis relates to every creature as his sister or brother:

Brother Sun, Sister Moon, Brothers Wind and Air, Sister Water… He sees his Lord present and reflected in creation and portrays all of creation praising God by its very being.

Some people might be thinking, “That’s all very well, but what has this to do with CAFOD’s mandate to support the poorest communities?”  Actually…quite a lot!

We have come to realise through our work with our local experts and the people they serve, how impossible it is to separate care for creation from care for each other. The two are totally entwined, integrated. Pope Francis uses the term ‘integral ecology’ in his encyclical Care of our common home (Laudato Si’), which begins with the opening words from Saint Francis’ canticle: Laudato Si’, mi’ Signore…”

Find out more about Laudato Si’: Care of our common home

A harvest for all

So, our harvest prayer this year joins Saint Francis in praising God for Brother Sun, Sister Water and all creation, entrusted to us to cherish and to share.  If we do exactly that, attentive to the voice of creation and of our sisters and brothers – particularly the most vulnerable – the Earth can once again flourish and harvest time can become a celebration that everyone is receiving a fair share of the nourishment they need.

Pray with us this Family Fast Day: