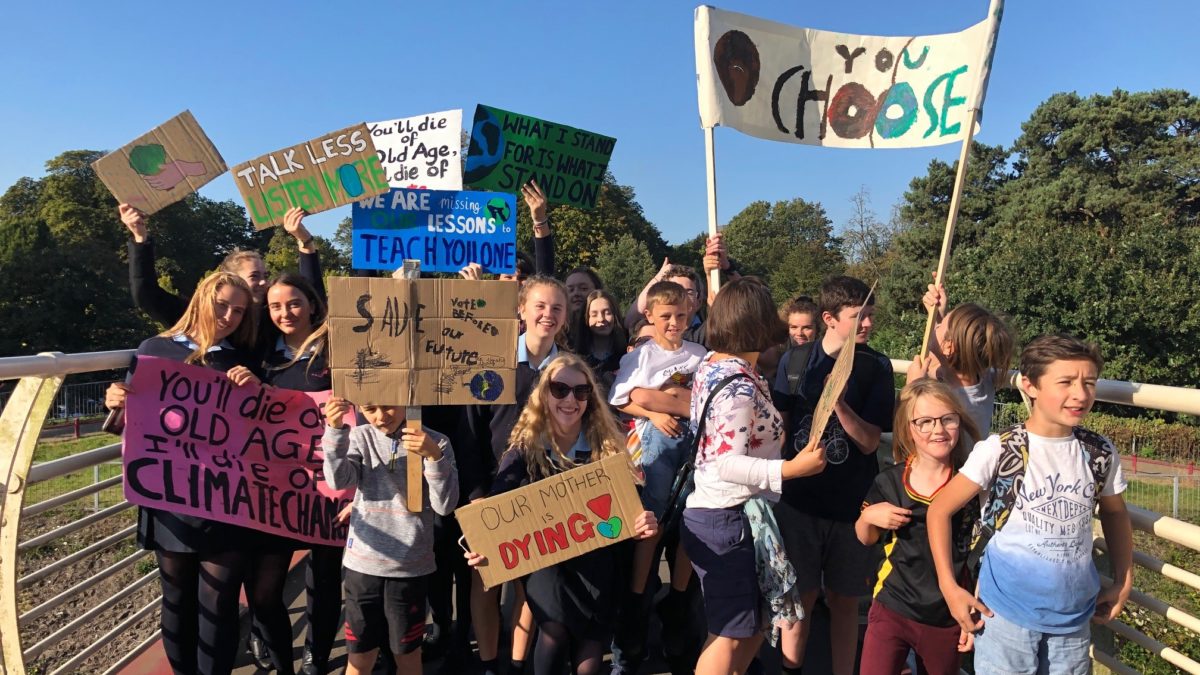 Recently, young people across the country took to the street to ask the government to do more to tackle climate change.

Ahead of World Day of Migrants and Refugees on 29 September, CAFOD volunteer Sarah George writes about communities who have been forced to leave their homes due to climate-related disasters – and how Pope Francis calls us to act.

During the past month, the world has witnessed the awful destruction and loss of life caused by Hurricane Dorian in the Bahamas. It’s only been a couple of years since the nearby islands of Barbuda and Dominica suffered similarly at the hands of two other category 5 hurricanes.

Studies predict that continued global warming and sea-level rise due to climate change will make category 4 and 5 tropical cyclones (hurricanes, typhoons) more frequent.  This means that vulnerable locations like small islands and coastal regions will have to face storms with higher wind speeds, greater storm surges and heavier rainfall.

Feeling the effects in small communities

When large-scale disasters do strike small island states like the Bahamas, there is limited scope to evacuate those at risk ahead of the storm or to relocate those affected after the disaster.

The storm can essentially bring an island’s economy and vital services to a halt.

Besides the immediate impact of homelessness and a lack of clean water, food, clothing and medicines, catastrophic storms cause longer-term disruption to transportation systems and to economic sectors such as tourism, agriculture and fishing.

Large numbers of people need emergency relief and an alternative place to live. Affected governments might look outward to other countries, hoping that they will open their doors to accommodate those forcibly displaced by such climate-related disasters.

Children will need to get back into school and people will need access to healthcare and to be able to generate livelihoods. Life needs to go on – albeit often somewhere else, at least in the short to medium term.

The problem of climate-induced migration isn’t only affecting the smallest nations of the world. Many large countries are facing increasing levels of internal migration due to climate-related disasters.

Extreme drought, famine, widespread flooding, and the habitat decline, conflict and wars that these can create, drive people to flee their homes in search of somewhere better and safer.  In some cases, the migrations spill over national borders and therefore the response needs to become a bilateral or even a multilateral one.

Working together for change

Fortunately, this issue is gaining increasing attention within the international community. The UN General Assembly in its recently adopted ‘Global Compact on Refugees’ recognised that climate, environmental degradation and natural disasters increasingly interact with the drivers of refugee movements.

UNHCR, the UN Refugee Agency, points out that persons who may have been displaced for other reasons (eg civil wars, persecution), including refugees, may now be in climate change ‘hotspots’ and therefore at risk of being forced to move again, or they may be prevented from returning to their homeland due to the impacts of climate-related disasters.

Clearly, this issue is one which countries, international organisations and each of us as citizens of planet Earth must figure out how best to respond to.

Pope Francis’ call to us

In his 2019 message for World Day of Migrants and Refugees, Pope Francis reminds us that as Christians we must actively value each and every human life.

In his view, “It is not just about migrants: it is about charity. Through works of charity, we demonstrate our faith (cf. Jas 2:18). And the highest form of charity is that shown to those unable to reciprocate and perhaps even to thank us in return.”

Pope Francis calls on us to avoid being lured in by the worldly attitudes of exclusivity and indifference, which he feels drive many of us to harm the planet and distance ourselves from the impacts that our lifestyles are having on climate change.

We must also do more to voice our concern for those affected by climate change and to reach into our hearts and our pockets to help bring support and real solutions to those who find themselves in climate-related disaster zones.