Sarah Hagger-Holt works in CAFOD’s campaigns team on the One Climate, One World campaign. 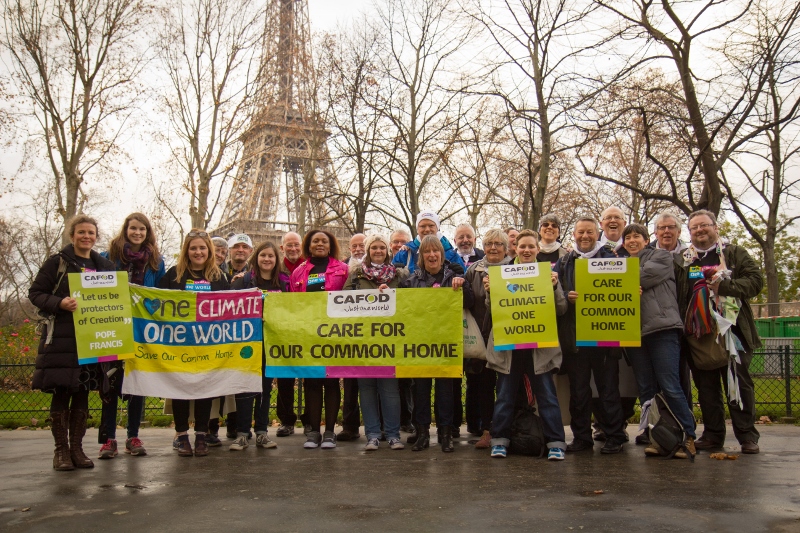 Last month, I was part of something very special, a moment in history.

I was in Paris, joining hands with campaigners underneath the Eiffel Tower and praying outside the conference centre where a global climate deal was finally agreed.

At CAFOD, we know that faith groups, including Catholic campaigners, have a huge influence on politicians – including those from the 196 countries who agreed a deal to tackle climate change in December. Their dedication and tenacity often inspires and moves me.

It’s not often what they have done is publically acknowledged. But now it has been.

This letter from Christiana Figueres, who heads up the UN’s work on climate change, is addressed to you, and to everybody who took part in this campaign.

Read it, share it, print it out– this is for you. Thank you.

An open letter of gratitude to all

To all those, the millions of people around the world
who laboured now and before,
so long and so hard, I say:
This is your success.

Individually for each of you, but more powerfully, collectively for all of us.

We have come together to address the most daunting of challenges. We have done so by respecting our differences and setting aside our enmity, by focusing on the present we share and the future we must build together.

As we celebrate this momentous step, may we remember that the journey ahead, although irreversible, will equally require our determination, our ingenuity, the best of our humanity and above all our community of purpose.