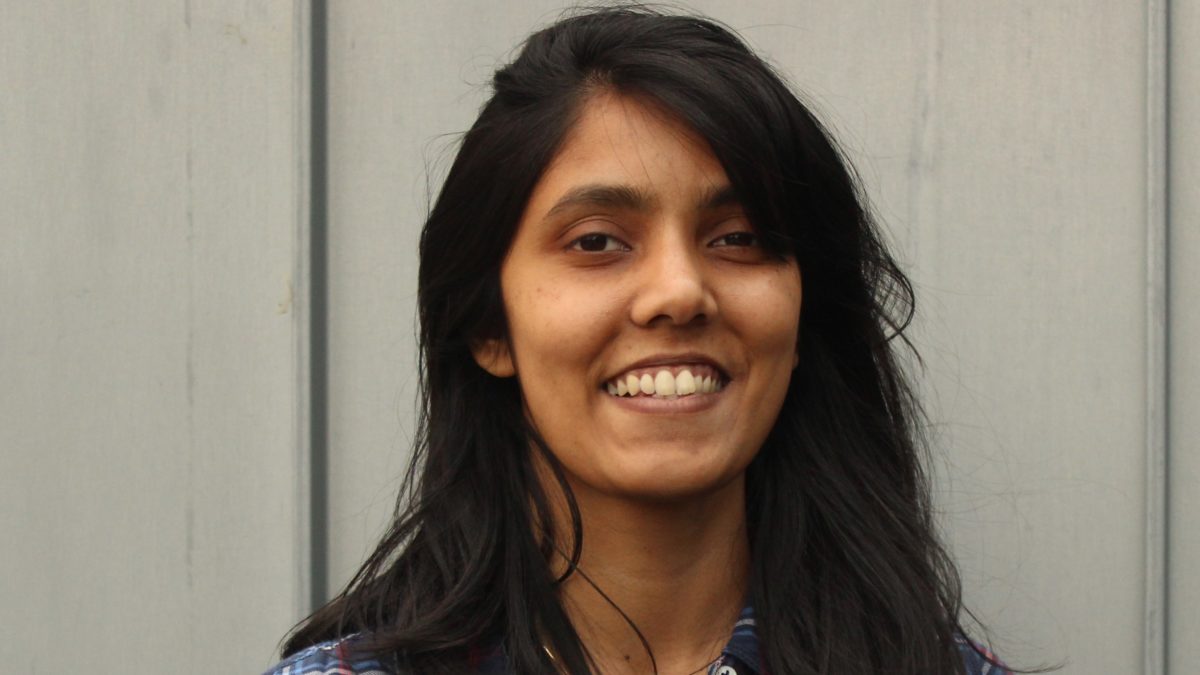 Inspired by her faith, Alicia became a CAFOD Climate Champion in 2019 to campaign on the climate crisis. Photo by Libby Abbott/CAFOD

Alicia is a CAFOD Climate Champion. She is participating in Veganuary to explore how she can reduce the impact of her food consumption on the planet.

Be part of the change: Sign up to be a Climate Champion

The climate crisis has been one of my biggest concerns for a while now. I’m 26, and there’s not a very rosy picture being painted of my future at this moment. According to scientists, I’ve got warming oceans and animal extinction to look forward to…and wrinkles, of course. And studies show that climate change is affecting the world’s poorest the most. But rather than despair, my parish priest reminded me that as a Christian, my faith calls me to take action. So, I became a Climate Champion with CAFOD. I’ve made a whole bunch of lifestyle changes. I use public transport more, buy fewer clothes, try to reduce my energy consumption, and now, I’m finally tackling my diet…by trying out veganism.

Cows and sheep and carbon…oh my!

Animal agriculture puts stress on the environment, using natural resources and producing large amounts of methane, an extremely potent greenhouse gas. Cattle ranching alone has become the biggest driver of the Amazon’s deforestation, causing about 80% of it!

But not all hope is lost. Scientists, including the Intergovernmental Panel on Climate Change, have found that reducing meat and adopting a more plant-based diet is a pivotal way to lower carbon emissions.

So here I am, dipping carrot sticks into hummus as I write this.

But what about the avocados?

But remember, the key word here is ‘reduce‘. Scientists are not explicitly calling on everyone to become vegan. They simply say that more people could be fed using less land if we cut down on eating meat.

Going vegan won’t solve much if our food isn’t produced sustainably. For example, reckless avocado farming in Mexico has led to increasing levels of deforestation in order to keep up with global demand for putting ‘smashed avo’ on toast (Millennials, eh?!). All of us as consumers should think about what we eat and where our food comes from. We can eat less meat – or maybe reduce food waste, packing pollution, or buy more locally.

Laudato Si’ reminds us that widespread lifestyle changes can put healthy pressure on businesses and governments to be more sustainable. We’ve got the power to make it happen.

We must make a connection between what we eat and how it affects our planet. Our common home demands it.

Ready to take action? Get involved with Generations Unite

The Christian case for more hummus

Laudato Si’ helped greatly with my ecological conversion. In it, Pope Francis makes a compelling argument for how we as Christians cannot stand by while our sister Earth cries out because of the harm we have inflicted on her. Human development cannot justify ecological destruction – it must consider our impact on the planet. So, here’s what I’m thinking: if eating sustainably could help reduce carbon emissions and help address the climate crisis, it’s worth it for our common home.

And if that’s not enough, here are five ways you can change the world in 2020.