Cecilia Iorio, CAFOD’s Brazil Country Representative, warmly invites you to the Science and Industry Museum in Manchester to hear first-hand from indigenous leader and activist Mauricio Ye’kuana, who together with his people fights to protect the Brazilian Amazon rainforest from illegal invaders for us all. The event is taking place on 11 June from 2pm. 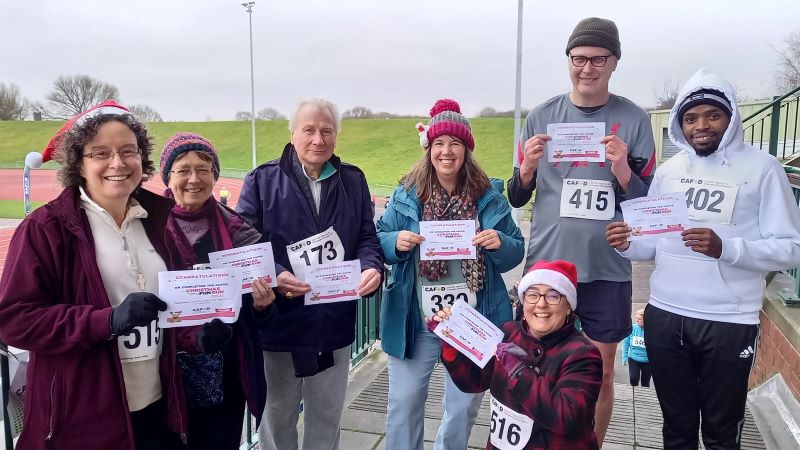 CAFOD’s Christmas Fun Run took place on Monday 27 December in Liverpool and Bollington, and ‘virtually’ across the country. CAFOD’s Neil Roper, who took part, tells us all about it.

END_OF_DOCUMENT_TOKEN_TO_BE_REPLACED 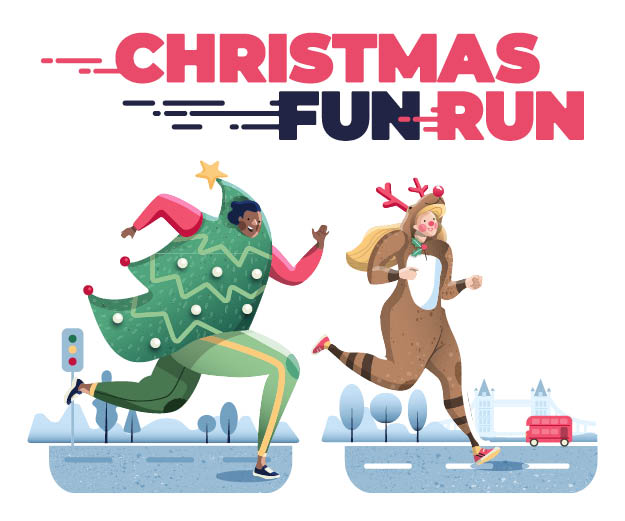 CAFOD’s Neil Roper remembers last year’s virtual fun run, while looking forward to this year’s virtual run and the return of the Liverpool and Bollington fun runs – inviting you, your family and friends to get involved this year.

END_OF_DOCUMENT_TOKEN_TO_BE_REPLACED 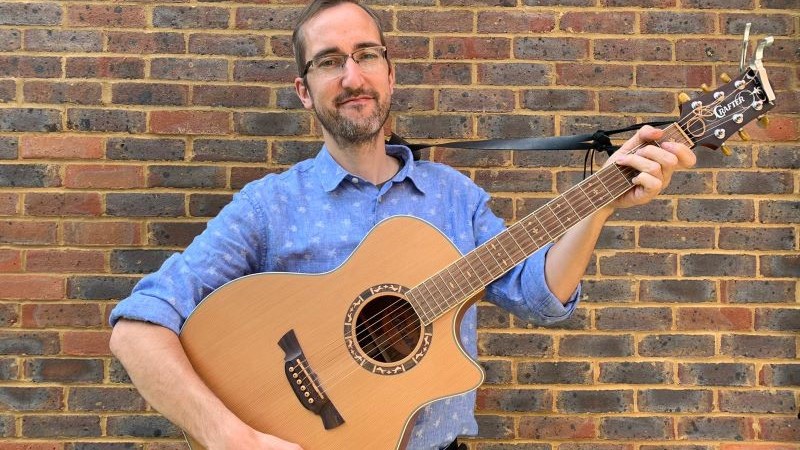 The global coronavirus pandemic is a defining moment for our generation. Some will remember the race to buy tins of beans and toilets rolls, the panic and fear – others will remember small acts of kindness, a loving community spirit, and the special items they treasured in lockdown.

END_OF_DOCUMENT_TOKEN_TO_BE_REPLACED 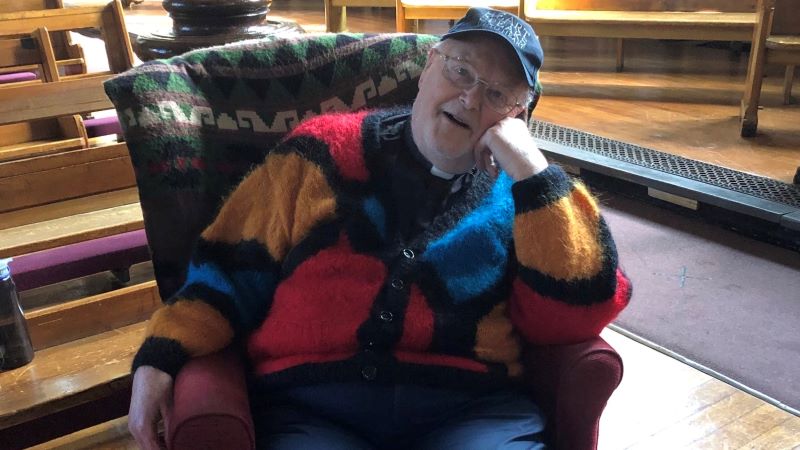 Parish priest Father Denis Blackledge has hosted a 24-hour fast in his parish St Francis Xavier in Liverpool ahead of the G7 summit, which takes place in Cornwall from 11-13 June.

END_OF_DOCUMENT_TOKEN_TO_BE_REPLACED 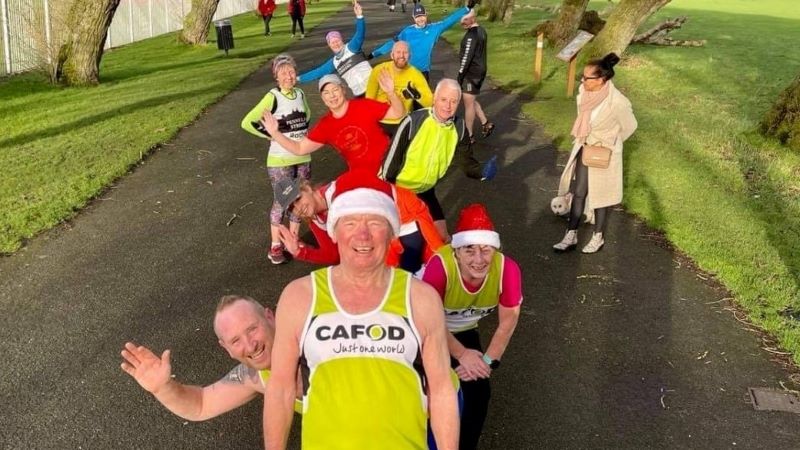 CAFOD supporters from all over England and Wales braved the cold to take part in our virtual national fun run over Christmas, raising almost £20,000 so far. Ciara Hogan, our Community Participation Coordinator in the Shrewsbury diocese, looks back on the event.

END_OF_DOCUMENT_TOKEN_TO_BE_REPLACED

In July, Takura Gwatinyanya, from CAFOD partner Caritas Harare, will be travelling across England and Wales to share his passion for tackling poverty and to show how your support is making a difference in Zimbabwe.

Meet Takura and discover more about CAFOD’s climate and energy campaign at a series of special events, starting in London on Wednesday 6 July.

We caught up with Takura to ask his about his family, his work and what keeps him motivated.

Tell us a little bit about your family.

I am married to Rutendo Avriel, and we have one five-year-old son.

You’re an expert in water and sanitation. What makes you passionate about this area?

My experience in sanitation and humanitarian work has shown me that access to water and sanitation is a fundamental human right. It bring human dignity, with immediate and evidenced results. The need for decent water and sanitation cuts across all ages and all backgrounds, it doesn’t matter whether you are rich or poor.

Pumps run on solar power are helping people in the communities where I work to access clean water and are reducing the time it takes people to collect water.

END_OF_DOCUMENT_TOKEN_TO_BE_REPLACED

Ben McMullen is the Deputy Head of All Hallows Catholic High School in Preston. In April he ran the 2016 Virgin London Marathon for CAFOD in memory of his father, Vin McMullen. Just before the marathon, he spoke to Jade Till of CAFOD’s media team, about the inspiration from his father and the course that CAFOD continues to run through his life.

CAFOD’s been a part of my life since I was 10 years old. My dad, Vin McMullen, worked for CAFOD for 16 years, from 1981 – 1997.  He was the very first regional organiser outside of London.  His area was originally the north of England, and then eventually covered Salford, Shrewsbury, Liverpool, and Lancaster dioceses.

Eventually every diocese had a regional organiser so he covered Liverpool.  All through my teenage years I volunteered.  My dad was the one who set up the Christmas Fun Run in Liverpool in 1984, which still goes on.

My dad was away a lot, and when he came back, all of the photographs and video clips really raised my awareness of how other people have to live.  He was particularly involved with the Philippines.  He wrote a book which the geography department at my school still uses.

CAFOD’s changed a lot from those days and it’s grown enormously now. END_OF_DOCUMENT_TOKEN_TO_BE_REPLACED 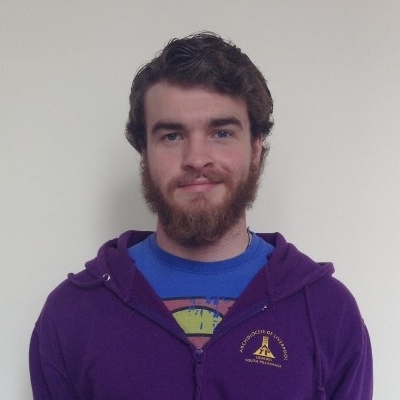 Send your message of hope to refugees and migrants END_OF_DOCUMENT_TOKEN_TO_BE_REPLACED